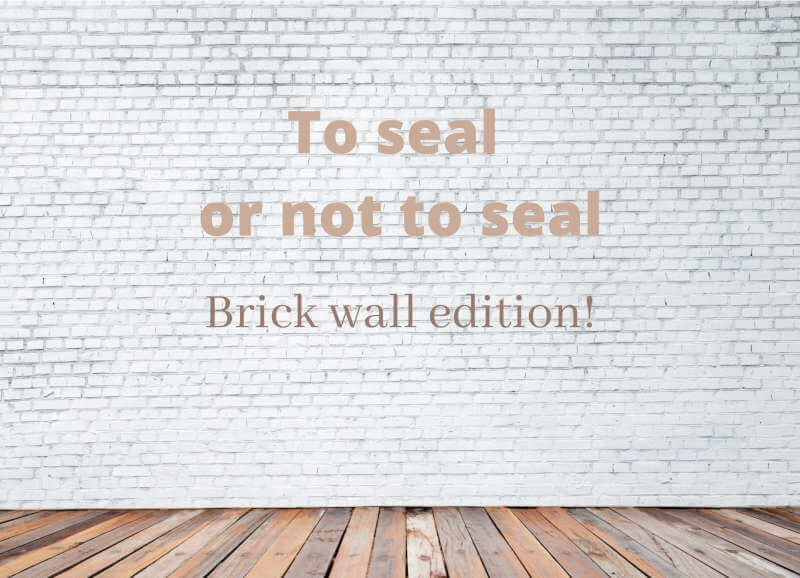 Do Brick Walls Need To Be Sealed?

To ensure a long-lasting home it’s important to complete maintenance and protective actions on your house. Amongst the protective measure, people have mentioned using sealant on brick walls. So, do brick walls need to be sealed?

There’s a lot of contradictory information out there about needing to seal brick walls. From our research, we believe that for the most part there shouldn’t be a need to seal your brick walls.

Should brick walls be sealed?

Brick walls shouldn’t be sealed because this can cause problems with the bricks. Modern brick walls are constructed with a cavity between the two leaves of the wall – the inner and outer. They are generally thick enough to stop moisture from penetrating through to the inside. This cavity between the two leaves of the wall allows moisture to fall down and be drained back out to the exterior of the house. This takes the bad moisture out of brick walls, leaving the pores open to instead help with insulating the house.

If there does seem to be moisture coming through from the exterior of the brick wall, then there’s likely a problem of some kind or another. The bricks may be cracked, allowing water through. There may be gaps in the mortar or even issues with a drain or downpipe in or near the wall. But these issues aren’t prevented by sealing a brick wall.

There are people who do recommend sealing interior brick walls to prevent moisture build-up. But this isn’t the best idea because you can end up trapping moisture in the bricks.

If your brick walls have been well-constructed with quality bricklaying tools and professional bricklayers, there isn’t a reason to need to seal them.

Does exterior brick need to be sealed? 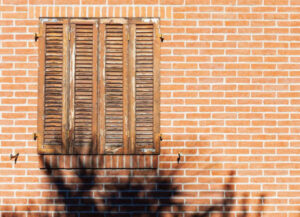 Exterior brick walls don’t need to be sealed because they are constructed with cavities to drain moisture from the wall. Any moisture from the outside falls down the cavity and is drained back out to the house surroundings.

Well-constructed properties will also have a damp proof course. This ensures that any dampness and moisture on the ground is not able to rise up the walls. Without being able to infiltrate the bricks, the moisture can’t cause damage to an unsealed brick wall.

Damp-proof courses can take a number of forms, but it’s vital that you are sure your property is properly fitted with one. They are usually mortar courses with a DPC sheet poking through. They’re generally required in all new builds. Damp-proof courses will help protect your best home construction bricks without needing to seal exterior brick walls.

Are there times when you should seal brick walls?

For the most part, there aren’t many times when sealing brick walls has an advantage. But there are some cases where people do believe you should try to seal brick walls. If you live in an area with high snowfall, people think you should seal your brick walls for an added layer of protection against moisture. This is because of the porous nature of bricks and how they can absorb a lot of moisture. But with modern builds, as we’ve mentioned, the cavity walls will do most of the work in preventing moisture build-up in brick walls.

Another example of a time where you could seal a brick wall is if it is part of your kitchen backsplash. By sealing a brick backsplash, you can prevent the bricks from absorbing lots of steam and moisture from your cooktop.

Other than these circumstances, there aren’t really any times when you need to seal brick walls. This is especially the case if you live in quite a dry area. Sealing brick walls in dry climates can actually trap moisture in the bricks. This is far more likely to cause damage and damp problems than an occasional rainfall.

Can you seal old brick walls?

You can seal old brick walls to protect them from moisture problems as they typically weren’t built with cavities. Older brick walls are also unlikely to have been installed with a damp proof course at the base that would prevent dampness build up.

However, it’s important to check the stability of old brick walls before anything else. Otherwise, you could add sealant to an old brick wall, and it can still crumble from damage over the years. Structural damage occurs to brick walls over time and if you don’t conduct maintenance checks you won’t know how strong the walls are. There is no point in sealing an old brick wall that is going to crumble from existing damage. 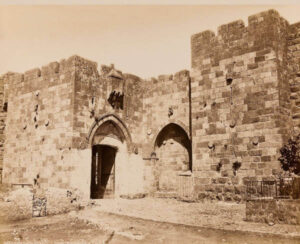 But if the old brick walls still seem to be going strong and in fairly good condition, you can seal them for extra moisture protection.

Does painting brick seal them?

Painting brick with regular paint won’t seal the brick wall. Regular paint, even normal brick paint, often doesn’t contain any sealing properties. So, by painting bricks with these, you won’t be sealing the bricks at all. However, there is a variety of sealant paints that can give your brick wall a makeover and sealing.

If you want to paint and seal a brick wall, choose sealing, water-resistant paint that is specifically formulated for external walls. If you want to seal the whole wall, you need to paint both sides of the bricks.

Remember, if you haven’t chosen paint with sealant properties, painting the bricks won’t seal the wall.

Is waterproofing instead of sealing bricks a good idea?

Rather than sealing brick, waterproofing bricks is a better idea. When applied to external brick walls, water repellent penetrates through the wall and brick pores. Settling here, the water repellent prevents moisture from building up in the bricks. As opposed to sealant, waterproofing will still allow air to move through brick freely, preventing the risk of damp build-up.

Waterproofing treatments for brick walls come in many forms. These include siloxanes, silanes, silicates, and more. They are easy to apply and provide great protection to your brick walls.

Waterproofing on brick walls isn’t prone to damage and degradation, whereas sealant can be. The water repellent does need to be reapplied over time but is much more advantageous than sealing brick walls.

So, now that we’ve covered advice on sealing bricks, have you considered painting bricks? Check out our other Paragon resources including ‘what kind of paint do you use on exterior brick?’ For quality bricklaying and masonry tools, check out our Paragon Masonry Tools shop today!