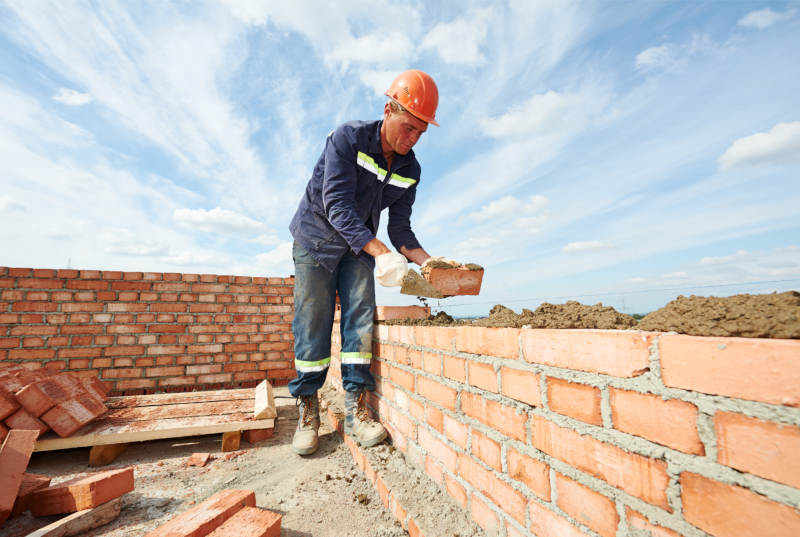 Is There a Bricklayer Shortage in Ireland?

Perhaps you are thinking of becoming a bricklayer, and you are wondering if there is enough work? Are you worried about the availability of bricklaying apprenticeships, future employment prospects, and career development?

Across Ireland there’s a bricklaying shortage causing issues for the construction industry. An industry with an ageing workforce coupled with youth not choosing bricklaying as a career has been a long standing issue. Compounding this, construction sector lockdowns and national recession have forced many Irish bricklayers to move across Europe.

Why is there a bricklayer shortage?

The bricklaying sector in Ireland is marred by volatility. Both qualified bricklayers and potential bricklaying apprentices have shied away from the sector due to the uncertainty of regular work, which leads to an irregular income. It is challenging spending a lifetime in a profession in which one is regularly in and out of work.

The 2008 recession still has impact on the bricklaying sector

Coronavirus arrived just as Bricklaying in Ireland was recovering

The coronavirus pandemic has wreaked havoc on several countries around the world, including Ireland. The Government’s national lockdowns due to the Covid-19 pandemic led to a general shutdown of construction in Ireland. The numerous nationwide lockdowns have affected the construction industry as a whole, and the bricklaying sector has not been spared.

The effects of an ageing workforce on the bricklaying industry

The Irish bricklaying sector is suffering from an ageing workforce. This means that there are a lot of bricklayers with a lot of experience approaching retirement.
As older bricklayers are leaving the bricklaying profession due to illness, early retirement, or retirement, this leaves a vacuum of vacant positions. If youth are ready to take a chance, there are great opportunities for young people. The shortage of bricklayers leads to less competition for jobs and higher wages.

Although bricklaying is an excellent option for young people who do not want to go down the academic route – it no longer seems to be the carrier of choice. Increasingly, younger people are going to University and choosing other careers that do not have to deal with the extreme weather elements in Ireland. Potentially more effort to promote the industry in schools could help encourage take up of bricklaying as a career. With only 65 people starting bricklaying apprenticeships in Ireland in 2017, it is no surprise that there is a shortage of bricklayers in the country.

If youth choose bricklaying as a career now, there is less competition for limited bricklaying apprenticeship positions available and employment should be more stable than in the past.

The benefits of a bricklayer shortage to new bricklayers

Even though there is a general shortage of bricklayers in Ireland, this shortage has some advantages, which we will discuss below.

As any economist will tell you, a shortage of the number of people with a particular skill will generally lead to more jobs being available to people with that skill set. Due to factors such as bricklayers leaving Ireland to find jobs in other countries, an ageing workforce, and a reduction in the number of bricklaying apprentices, more bricklaying vacancies have been created. A trade survey carried out by the Federation of Master Builders in Ireland showed that a third of builders were experiencing difficulties hiring qualified bricklayers.
The new bricklaying vacancies would be very attractive to potential bricklaying apprentices and other bricklayers who wish to return to the sector after having previously left.

Higher Salaries when Bricklayers are hard to get

If you found this article interesting, you will probably love our other articles such as Is Brick Veneer Better than Cladding? or What are the Advantages of Stone Houses?

Already a Bricklayer and need some Bricklaying Tools? Did you know that Paragon Tools is a premium supplier of Bricklaying and Masonry tools across Ireland and Europe. We are a specialised importer of tools that many of you would have used while working in Australia.