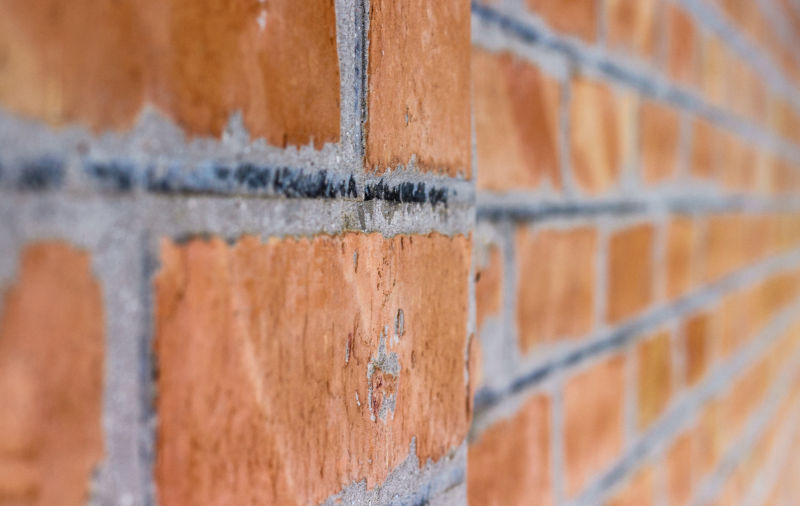 Is Brick A Good Insulator?

Brick is such a common building material that it’s natural to assume it must be a pretty good insulator. After all, we want to build efficiently heated buildings, don’t we?

The quality and type of brick used will impact how good of an insulator they are. Bricks are quite porous, allowing lots of heat to escape through them. The more porous the brick is, the worse at insulating they will be. Because of the porous make of brick, interior insulation is used for the house.

Bricks are typically considered much better at releasing heat than keeping it in. They’re associated with keeping homes cool during warmer months but aren’t considered good material for heat insulation during colder months.

Read on to find out more.

Is brick a good thermal insulator?

Bricks aren’t a good thermal insulator on their own. For brick houses to have good thermal insulation, there will be other materials used in the construction of walls and buildings. There are features universal to bricks that limit their ability to properly insulate heat.

The main problem, as I mentioned, is the fact that bricks are all porous to some degree. This is a good thing for many reasons, such as absorbing and releasing rainwater. This is good for other functions like absorbing and releasing rainwater. But when it comes to retaining heat inside a building, having pores in the material allows a lot of heat to escape.

Most brick buildings are not insulated by the brick they’re built from, even if you have multiple layers of brick in the walls. For double layered walls, added insulation from some kind of fibre is usually essential.

Is brick a better insulator than other materials? 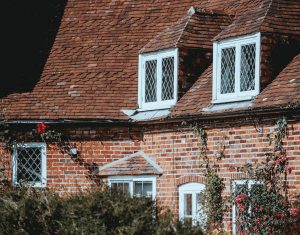 Generally, brick is not a better insulator than most other materials. Usually, brick homes are insulated separately with another material. All insulation really needs to do is trap air. Insulation needs to be light and soft but also solid in its overall structure.

Bricks are obviously not light or soft. We are talking here about materials like glass wool or fibres, like wool or plastic. Bricks, again, are porous, absorbing heat slowly and releasing it at the same time.

So, how well your bricks insulate depends also on how well the wall is built. You want the best version of bricks to be used with quality bricklaying and masonry tools for a good brick house.

Even wooden homes can provide better insulation than brick, and don’t necessarily need to be insulated beyond what the wood provides.

This makes it a bit easier to see why most brick houses need separate insulation.

Why do brick houses need insulation?

The simple fact is that bricks don’t really retain heat. The only places where brick constructions are recommended for insulation is where you want to keep houses cool. Heat is always allowed to escape, so for warmer climates, it makes more sense.

Most newly built brick houses are constructed with insulation, and older builds that weren’t, usually have it added.

This is, again, because bricks don’t do a good job of retaining heat by themselves. The main reason bricks are made porous is because they need to be in order to properly bind to their neighbouring bricks in the wall. The pores allow the cement to get in and make the wall effectively strong.

The solution to one problem effectively creates the next problem: lack of insulation. There aren’t many materials that don’t need any added insulation. Brick especially needs this assistance because of its pores.

Newer houses are built without single walls, meaning that there is an extra layer or two of brick. This improves the insulation somewhat, but it still needs added insulation.

For the most part, lots of brick houses these days are insulated well because they are built with added insulation.

But basic, older brick houses, without added insulation, will be badly insulated. This isn’t to say that old houses aren’t better than new ones. But heat, air and moisture can escape through the brickwork, and the temperature is less likely to become or stay high.

By itself, brick is a poor insulator meaning that if they aren’t backed by other materials, the house will be poorly insulated. But most houses are built with added insulation as we have mentioned which means they should be better insulated. As our building techniques continue to evolve, so do our houses and ability to adapt brick constructions to our needs. Humans are good problem solvers which means you can have the desired brick exterior you are searching for, with good insulation using modern designs.

How does brick insulate? 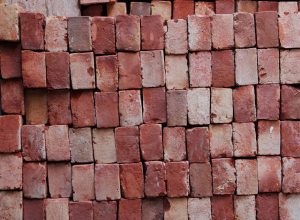 On their own, brick walls don’t insulate heat. As mentioned, the pores in bricks help heat escape, making them good material for warmer climates. But in terms of keeping your house warm, brick struggles to insulate by itself. They do provide some degree of insulation, but for anywhere reasonably cold at certain times, the insulation brick provides will not be enough.

According to some brick makers, brick does allow the temperature of a building to stay constant. The way that bricks absorb and release heat allow them to cool your house during the day and keep it warm at night.

It does do this to an extent. Other materials are better insulators, though, and most brick walls do need extra layers of material to properly insulate. Though it might be a bit of a matter of debate, the simplest answer to this question is that brick doesn’t really insulate by itself.

There is sound insulation as well, though. Brick does provide a fairly dense structure and can insulate around 45 decibels at 4 ½ inches thick. Brick is definitely a better sound insulator than a thermal insulator.

Brick is a great building option with its strength and availability. Recently, brick veneer has become a popular option for houses. So, what do you need to know about brick veneer? We have the answers for you! We can also give you an insight into the lifespan of a house. Paragon Masonry Tools is here to help with your bricklaying and masonry needs.